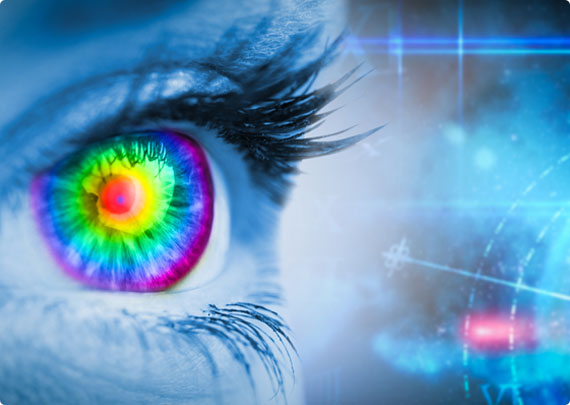 Although here at Colour Vision Optical we don’t like the term ‘Colour Blind” and prefer iRochromatic or even Colour Vision deficient, we can’t ignore the fact that worldwide Colour Blind Awareness day happens September 6 each year.

Firstly this is John Dalton’s birthday. Who is John Dalton? John Dalton, a chemist, physicist, and meteorologist were best known for introducing the atomic theory into chemistry. He was also the first scientist to study colour blindness, publishing a paper on the topic, entitled, Extraordinary Facts Relating to the Vision of Colours with Observations. After discovering his own colour blindness, he began conducting rudimentary tests on his friends to see if they shared his colour vision impairment. His observations contributed to the discovery of what we now call colour vision deficiency (CVD) or more commonly known as colour blindness.

Colour Blind Awareness day was first established in the UK to help raise awareness and support for colour blind people, especially colour blind children and their families and teachers. It also helps people playing sport. To spread the word this year they released a video to bring to life the everyday situations faced in the classroom by children who are colour blind.

Please watch the video and share, as the message is as important to everyone around the world as it is to the UK. Remember we can also help with a formal diagnosis, our testing kits which can be mailed out and our iRochromatic lenses available from our fully trained Optometrists around Australia and New Zealand

Here are more facts you may not know about John Dalton:

Dalton was born September 6th, 1766 into a Quaker family in Cumberland, England.

September 6th is also International Colour Blind Awareness Day! This day was chosen to rally the cause of colour blind awareness because it coincides with John Dalton’s birthday.

His family were Dissenters, Protestant Christians who separated from the Church of England, and because this barred him from attending a formal university, he received personal instruction from John Gough, a blind philosopher who was gifted in the sciences and arts.

Dalton believed that his colour blindness was due to discolouration in his aqueous humour, believing it was bluish, filtering colours incorrectly (this turned out to be incorrect).

Colour blindness is often called ‘Daltonism’ internationally as a reference to John Dalton.

Dalton’s brother was the only person he knew that saw colour in the same inaccurate way that he did (colour blindness is inherited through the X chromosome).

After his death, his eyes were preserved for further study of his colour blindness.

DNA from Dalton’s eye was analysed in 1994 and contrary to earlier assumptions that he was most likely had protan-type colour vision deficiency, according to his genetic analysis he was found be a strong deutan-type.